I was driving to work this morning and I had an experience which vindicated my paranoia, and may even have passed it on to someone else.

I was heading East on NE 80th St approaching 140th Ave NE in Redmond. This is a two-way stop; drivers on 140th have the right of way and do not stop. Drivers on 80th (me) have to stop. 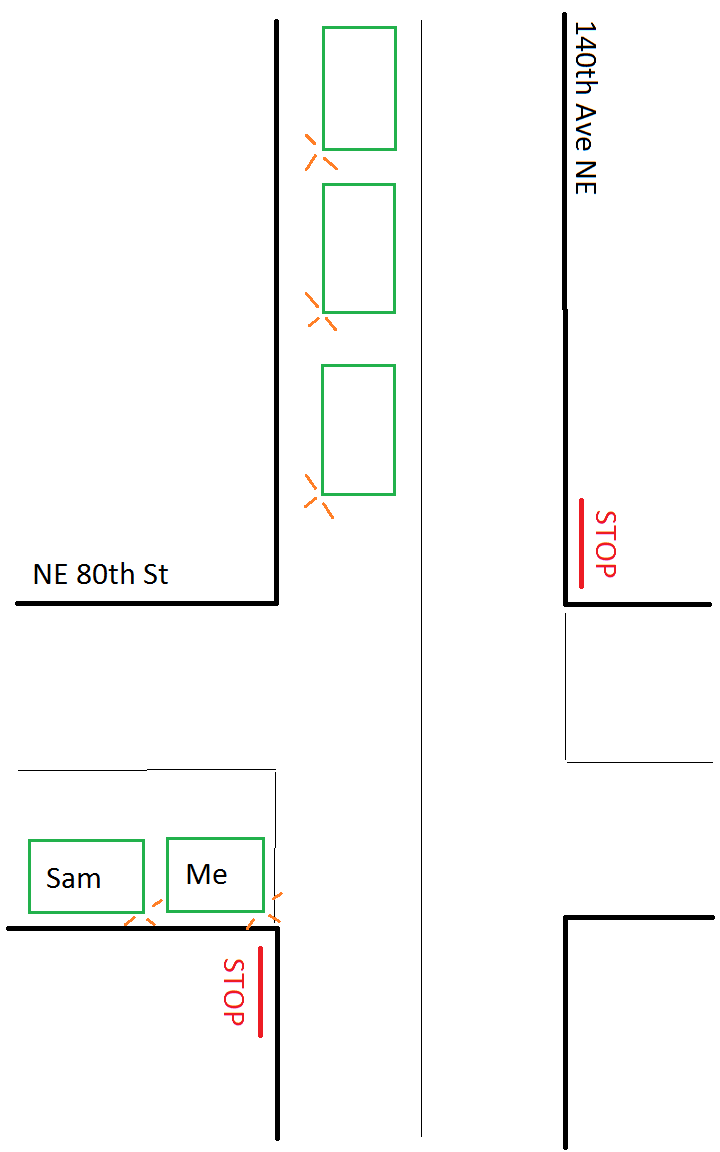 At this point I had a conversation with myself that went something like this.

Well, Matt, you could turn right now. All those cars are turning right, so they won’t hit you.
But wait, Matt. Those cars have the right of way. Sure they’re signaling right. But that doesn’t mean they’ll actually turn right.
Yup, you’re right, Matt. Better to wait to see what actually happens.

So I waited, and sure enough, all three cars actually turned right. So I suppose I could have gone. And more cars were feeding in to 140th from Redmond Way. And all of these cars were signaling right. And one was a school bus.

At this point Sam (remember Sam?) got impatient and honked his horn. This shocked me a little.

I imagine anyone who is from New York or Los Angeles is shaking their heads at me now. Not for waiting, but for being shocked. “He honked his horn? So what?”

(This is a cultural difference. In New York or Los Angeles, if you’re waiting at a red light, you will get honked at as soon as the other guy’s light turns yellow. But in Washington, the guy behind you will calmly wait through two full greens, then politely knock on your window and ask if everything is OK.)

The car behind the school bus is a minivan. He’s signaling right, too. But I let him go as well… and he goes straight!

Behind the minivan, there’s enough of a gap that I feel comfortable pulling out, so I do. And Sam pulls up to the line.

As I’m cruising down 140th, I glance in my rear-view mirror. I see a line of cars coming down 140th to the intersection I just left, all signaling right…

May the Force be with you, Sam.

View all posts by mvaneerde